So Your Newborn is Bigger... 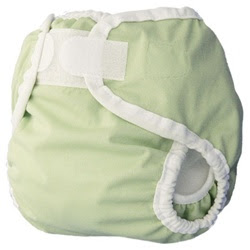 The average newborn is anywhere from 6 to 8 pounds with lots and lots of babies falling under this average AND over it. So what do you do if your baby is estimated at 9 or 10 pounds? Do you really need a newborn stash at that point?


Well, the short, sweet,and somewhat confusing answer to that question is yes and no. Yes, you'll need something for those early days in diapers but no, it may not need to be newborn sized depending on the size at birth.

First, let me tell you that an "estimate" from an ultrasound is still just that. An estimate. There is absolutely no way for anyone to predict with absolute certainty and exactness what your baby will weigh at birth. While the doctor may tell you that they estimate your baby will weigh close to 10 pounds at birth, it's entirely possible that he/she will come out just over 8, for example. The estimate they offer you is often within a pound or two of the actual weight which doesn't sound like much until you consider how very LITTLE a newborn actually weighs. One to two pounds is a BIG difference in this case!

When I was expecting my daughter, my doctor felt my belly (yes, so scientific, right?) and guesstimated that she would weigh around 8, 8.5lb. She was only 6lb 5oz at birth. Lol. Maybe with an ultrasound, the guess would have been more accurate, but still...

So how do you prepare for a newborn with no idea of the size of your baby yet to be born? One great thing you can do is use prefolds and/or flats in the beginning. Prefolds have a weight range of 7 up to 15lb and so will fit a wide range of infants. I've also found that covers are very forgiving and will often fit a little longer than you'd expect. 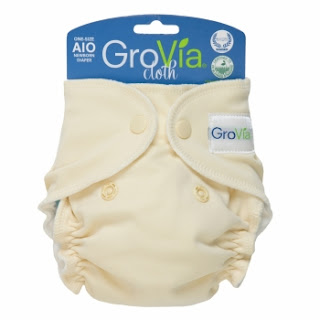 youngest. The smalls fit from around 8lb, so he was able to wear them pretty fast. We then went straight on to the one-size diapers and never really looked back. My youngest was 7lb 11oz at birth and gained several pounds quickly in the first 3 months (before stalling on his weight gain for a couple more months but that's another story).

There are definite benefits to using the newborn diapers at birth. For example, many newborn diapers are made to accomodate the umbilical stump and they are small enough that even the skinniest of legs usually fit in the leg holes. A friend of mine used newborn diapers and was unable to use the next size up until just recently; her daughter is 2 months (almost 3) and she started using the size smalls on her earlier this month. For her, newborn diapers were perfect!

In the end, the choice to start with newborn diapers or small diapers is entirely yours. You need to make your best, educated guess as to whether the newborn diapers will fit your little one well enough and long enough to make it worth it to you.
Posted by Kristi26 at 8:01 AM