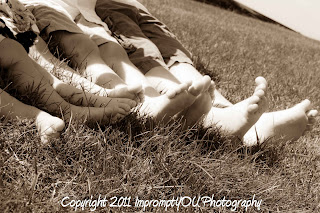 More than 11 years ago, I became a mama for the very first time. It was May 1999 when I found out I was expecting my first baby and at 18 years old, I was more than a little nervous and scared about it! That's right, I'm one of "those moms."


January 9, 2000, I gave birth to a perfect, 7lb13oz baby boy and named him Andrew. His birth was anything but normal between the induction, the pushing for 2.5 hours with no progress, and being knocked out for his actual birth during my c-section. I woke up only to discover I was no longer pregnant and someone had already fed my baby for the first time without me! They showed me this adorable little man and said he was my son. At 19 years old, I felt some of my selfishness wash away at the sight of him.

A month and a half later, I gave up on breastfeeding (and forget cloth diapering, I didn't even know it existed!) when it got "too hard" and went to formula. And at the same time, I got a new label. I was one of "those moms."

In May 2002, I married the man of my dreams, my best friend and we got pregnant with baby number two almost immediately. When he was born in February 2003, we were elated. Andrew was in love with his new baby and we were so happy! But as the months wore on, Lukas was not the perfect baby. He was a tough baby that cried ALL THE TIME. A friend suggested I try the sling to help him calm down and relax. It was the best thing for him! He could sleep 4 hours at a time in that wonderful contraption. Peace reigned again in our house! When I did that, I again became one of "those moms."

January 26, 2006 was the birthdate of our very first little girl. She was tiny and beautiful (and just a little hairy, lol). She slept with me in the hospital, not in her bassinet and again when we got home. She loved her brother's sling as much as he did. And she breastfed until she was 30 months old (Lukas only did it for 13 months before her). And again, I was one of "those moms."

After trying cloth diapers with our daughter as she potty learned, I decided to give cloth a go full time when I got pregnant with our fourth (and currently) final baby boy. Two years later, he's been worn in a wrap, breastfed for 24 months, and cloth diapered for 2+ years. I am definitely one of "those moms" with him!

So which one of "those moms" are you? The young mom? The formula-feeding mom? The breastfeeding more than 2 years mom? The baby wearing/attachment parenting mom? Whichever one you are or aren't, it's okay. We're all moms doing the best we can with what we were given. As you go through your day today, remember that just because we don't all do it exactly the same way doesn't mean we aren't all good moms! YOU are a good mom! And your child loves you for it!

Have a great Thursday!

Awesome blog entry! I love the way you wrote it :) We all get labeled or give ourselves labels, I think it is especially true when we become parents. We all do the best we can! I am a "breastfeeding, cloth diapering, co-sleeping, baby wearing mama" and there are probably a few more that I could add to that, but i'm ok with it! :)

Excellent blog. I'm a cloth diapering mom who refuses to give up feeding my baby breast milk even though at 6 months she refuses to nurse unless it's early in the morning... so I pump for every feeding now. I'm also a young mom and a holistic/all natural momma. I definitely get a lot of "oh you're THAT mom." looks from friends and people. lol.

:D I'm glad you all liked it! And I'm so glad to read that you're all okay with the mom you were made to be!

I love how you changed as your knowledge and experience did. We can be one of those moms one day and another one the next.