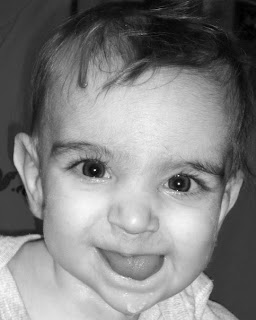 Even if you've never encountered this issue before, you can figure out what I'm talking about from the title alone. The warm weather rashies happen most often during periods of warm weather and will continue, off and on, throughout the summer. But how do you know if your little one is getting a rash from being too warm and not from something else?

Here at my house, my youngest suffers from repeated bouts of yeast almost exclusively during the warm months. And true to form, after our warm week last week, his yeast rash is here for the first time already! If you have a little one with a yeast rash, and you'll know because the redness will persist no matter what you do for it plus there is often some white gunky stuff present in the diaper area as well, you may ultimately have to get a prescription for it. There isn't a whole lot you can do on your own. I believe there are a few over the counter medications that our doctor recommended as well, but you'll need to speak with your own doctor about that. I am not a doctor and therefore, will NOT be giving out that kind of advice here. J

Yeast rashes can strike any child, including boys. My youngest is the only one who has ever dealt with this on a continuing basis and he is my youngest boy. Yeast doesn't care whether you're male or female; it just likes warm, dark, wet places. The diaper area is perfect for that.

Warm weather rashies look different. A warm weather rash is present only because the diaper area got too warm and wet. The diaper area will be slightly pink to flaming red all over the places that the diaper touches. Keep in mind though, that this can also be caused by build-up in your diapers so you should consider stripping them with a few hot washes and no soap just to eliminate that as a cause. If you've done that and made no other changes that could be causing this rash, then it's likely from the combo of warm weather and wet diaper.

Some ways to combat yeast and other rashes before they happen:

I hope all this rash talk has helped clear things up a bit for you (haha, get it? "Clear things up?" Sorry, couldn't resist.). Have a great Thursday!