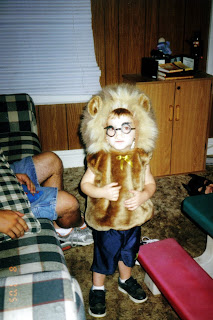 This week, I wanted to share an essay with you that I wrote, and had published, several years ago. It's a humorous look at a day in the life of my potty training days with dear son number two. I've included some pics of him at that age, just so you can get an idea of what he was like then. J

-as featured in Momsense July/August 2007 and online at www.christianitytoday.com

One fateful day, on a trip to the store-which shall remain nameless to protect the innocent and save me from total humiliation-I learned some important potty-training lessons from my then-two-and-a-half-year-old son, Lukas.

My first lesson became obvious quite quickly. Never leave the house with a potty trainer until you're sure he has pooped for the day. You see, as I was shopping the clearance rack in the baby department (I was expecting our third child at the time), Lukas (2 ½) and Andrew (5 ½) were running around, fighting with one another and hiding in the clothing racks. I decided to take control of the situation by putting Lukas in the cart. I figured that they couldn't get into any more trouble if they were separated. This, apparently, was a mistake.

It was at this moment that lesson two reared its scary and ugly head-if you do decide to leave before "the big poop," always check your potty trainer's pants before sitting him down in a cart. As you can probably guess, Lukas had pooped at some point during the game of hide and seek in the racks without my knowing it; when I sat him in the cart, poop oozed out all over him, his clothes, and the cart. When I saw what happened, I took both children, my cart, and all of my future purchases to the bathrooms. I attempted to wipe up the cart a bit before giving it (embarrassingly) to an employee apologetically and then headed into the bathroom where I was met with lessons three, four, and five. 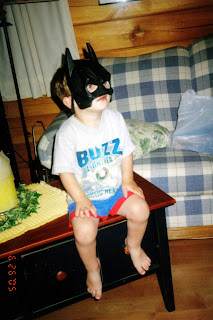 In the bathroom, I learned three very important things. First, that automatic sinks are not designed with the potty trainer's mother in mind and second, that when you're two everything can be a fun game. As I was trying (rather unsuccessfully) to clean up my son's messy clothes, he and his older brother decided to race up and down the bathroom. So when I turned around, all I saw was my naked two year old and his fully-clothed brother running and screaming up and down the entire length of the bathroom. What was the third bathroom lesson you're wondering? Always double check that you have spare clothes in your diaper bag. After cleaning up Lukas, I started to get him redressed when I noticed that not only were the pants I had in the bag two sizes too big, but I also didn't have a shirt for him at all. I couldn't just go buy one for him because I only had enough money for the items I already had.

At this point, I was so upset and so embarrassed that I just didn't know what to do anymore. I decided to put the way-too-big pants on him;after all, it was better than leaving the store in his underwear right? I pulled them up to his armpits and put his sandals (it was summertime) back on his feet. You should have seen the funny looks we got as we walked out. He did look hilarious actually. Under my breath, I vowed never to go back to that store as we made our way to the doors (I've been back many times since though). Now that some time has passed and Lukas is fully potty-trained-not to mention I am no longer pregnant- I've realized that at the time, I was too upset to see the humor in the moment. Looking back with a new perspective on the situation, I think that may be the final lesson in all of this-try to find the humor in every situation, especially in potty training gone wrong.